Although I’ve not always been consistent in doing so, I’ve often said that my motto is to “write the world”. In thinking about the premise of that, I am inclined to think first that it is about writing the world the way you would have it to be. Write your own script for the play that is your life, as it were.

In a play, a script is comprised of the words that guide the action. The words are developed by the writer through his imagination from the vision he has for a finished work and a message he is trying to convey. The writer sees the outcome he is looking for and builds the words accordingly to get there. That is the same thing we must also do as we strive to meet our own goals, what Stephen Covey means when he says to, “Begin with the End in Mind.”

We must also be aware that we are not the only ones who write scripts for us to follow. Just as we may be the writers for our play called life, we are also actors. Generally, actors do not write their own scripts. Scripts are written by many different people who are all striving for the outcome they desire.

PreSCRIPTions are written by doctors to get the physical or psychiatric outcome they are looking for. SCRIPTures are written by men, and some say inspired by God, in order to elicit certain attitudes and behaviors from the masses. A deSCRIPTion is written to explain something or someone by defining what it is and what it is not. A subSCRIPTion to someone else’s writings give us a good change to be molded by their writings. It is probably best for us to get back to being nondeSCRIPT in our belief system so that we can see clearly enough to write our own scripts.

In other words, the concept of “write the world” is not new. People have been doing it for generations, for as long as there has been written language. Now that our communicative abilities have risen to the heights that they have, people are doing it even more. The key though is to make sure you are conscious of it happening.

Realize what scripts you are following. Be cognizant of what you are acting out. Perhaps you don’t feel like much of a writer, but rest assured that you are most definitely an actor on this stage of life. Consider this: what is your motivation? 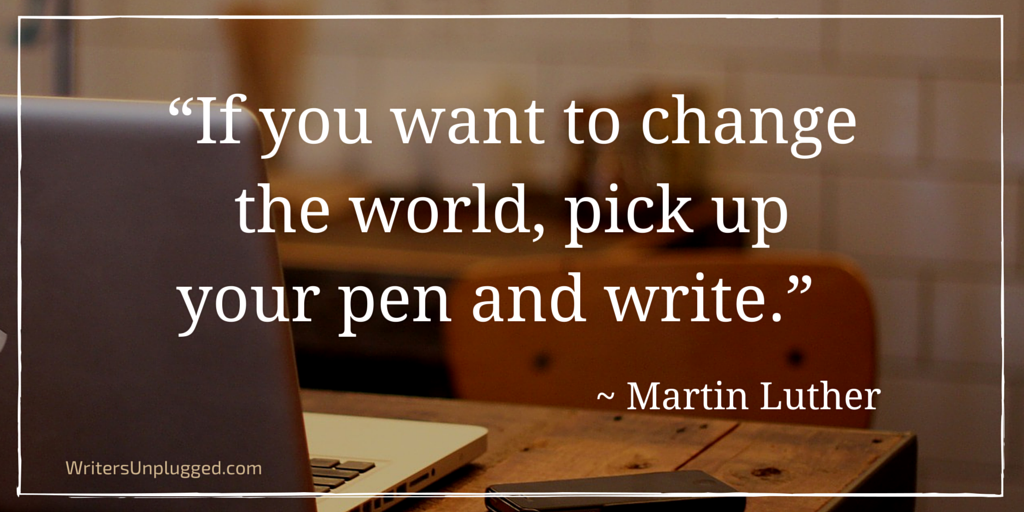