Skip to content
There’s a very good chance that this whole Siesta Key debacle has gotten out of control. When the first trailer came out, there were a lot of people upset over how badly it interpreted real life on Siesta Key. Then, when news came out about the possible allegations of its star being involved with animal abuse, people got down right incensed.
Some are so angry that they have decided to boycott any business who was at all involved in the show. This, to me, seems like a huge overreaction. 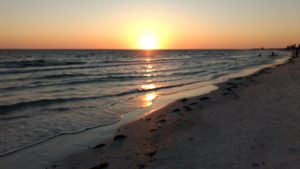 Although, initially, the first shred of true controversy came with someone who the star of the show possibly new, once it came out that the star may have actually abused animals himself, people became enraged, and possibly rightly so. Nevertheless, guilty by association isn’t really guilty at all.
Most of the businesses that allowed the MTV production to shoot at their venues had nothing whatsoever to do with any animal abuse. They didn’t know about it. And they didn’t participate in it.
For anyone to boycott these businesses based upon their participation in what they could only assume was a way to highlight what they offer to the community is a huge over-reaction. I can understand people being upset over animal abuse. Yet however angry you might be, be careful not to misdirect your anger and make your community suffer.

Any of the businesses involved, or other people in Sarasota who participated, should not be punished due to the ridiculousness of the show or the stupidity of it star.

If you want to boycott the show, boycott the show. But if you’re boycotting anybody who’s involved with it based upon your anger and outrage, you’re really not doing anybody any favors, and you may want to check your emotional intelligence. It’s okay to be angry, but please give some thought as to who you are trying to blame and who you are trying to punish.
Although Sarasota may have one prominent Bad Apple, that is no reason to punish the rest of the community. Support your local businesses.