When Jeffery Kin, the artistic director of The Players Centre for Performing Arts, first mentioned that I should audition for the titular tole in The Will Rogers Follies, one of the first things I did was go to YouTube to find out more about the man. I’ve heard the name, mostly in association with people collecting money in the movie theater, but I didn’t really know anything about him. When I watched the recording of his 1931 radio broadcast at the behest of President Herbert Hoover, I was only a few minutes in before I realized that I had to at least audition.

If you’re as unfamiliar with him as I was, Will Rogers grew up on Cherokee reservation in Oolagah, Oklahoma as the son of a rancher. He picked up roping as a hobby, and at the age of nineteen, he went to Argentina to be a cowboy, a job that turned into an opportunity to tour the world with Texas Jack’s Wild West Circus. When he returned to America a few years later, he started working with Vaudeville shows, working in witty comments about things he’d read in the newspaper with trick roping, which culminated in almost a decade of performances in the Ziegfeld Follies before moving on to become a star on the silver screen, a revered voice on radio, a well read columnist in the newspapers, and a presidential candidate. 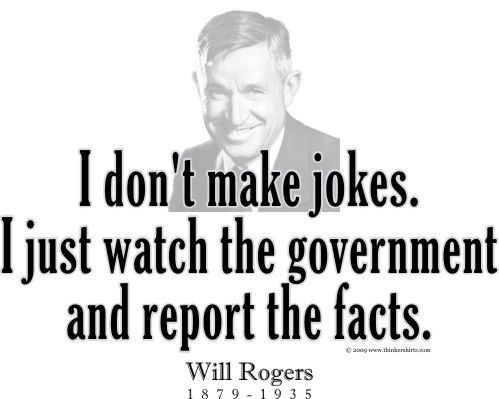 The more I’ve learned about him, the more I wish I could be him, so this opportunity to at least pretend to be him for 2 hours and 23 minutes or so for a few weeks is a pretty wonderful opportunity. When I got the script, I typed out all of my monologues, dialogue, and song lyrics to find that I had 7,111 words to memorize. So I started memorizing right away, and the day I got a proper rope, thirty days from opening night, I started to spin.

As joyful as it made me when I finally achieved a flat loop, my jaw dropped a bit when I watched Rogers’ 1922 film The Ropin’ Fool. Today, any of his tricks could be developed on the silver screen with the right CGI, but to do what that man could do with a rope is nothing short of astonishing. I can’t imagine I could ever be as good as Will with the rope, but I do know that we have a lot of the same sentiments and sensibilities, and, fortunately, I have other talents to fall back on if I never become an all star roper.

The speech that hooked me on Will Rogers was done at the height of the Depression, and he took the blame out on the same methodologies that have caused each of the 14 financial recession we’ve had ever since. As much as it inspired me, it also broke my heart a little to think that as significant a voice as he was in Americana, 86 years later, we’re still facing the same dilemmas.

“The only problem that confronts this country today,” Will said, “is that at least seven million people are out of work. That’s our only problem. There is no other one before us at all. It’s to see that every man that wants to is able to work, is allowed to find a place to go to work, and also, to arrange some way of getting a more equal distribution of the wealth income.”

He commented on the ridiculousness of putting energy into prohibition when people were starving, criticizing the wealth of the nation, and the distribution of profits.

“Prohibition,” Will said, “we hear a lot about that. Well, that’s nothing compared to your neighbors’ children that are hungry. It’s food, it ain’t drink that we’re worried about today. Here a few years ago we was so afraid that the poor people was liable to take a drink that now we’ve fixed it so they can even get something to eat. Here we are in a country with more wheat, and more corn, and more money in the bank, more cotton, more everything in the world – there’s not a product that you can name that we haven’t got more of it than any country ever had on the face of the Earth – and yet, we’ve got people starvin’.”

The version of this speech in the play is a bit different, but it still speaks to the heart as a call for Americans to look out for one another, and after the events of the last few weeks, it’s heartening to see how many Americans are doing just that.

Get your tickets to The Will Rogers Follies here!