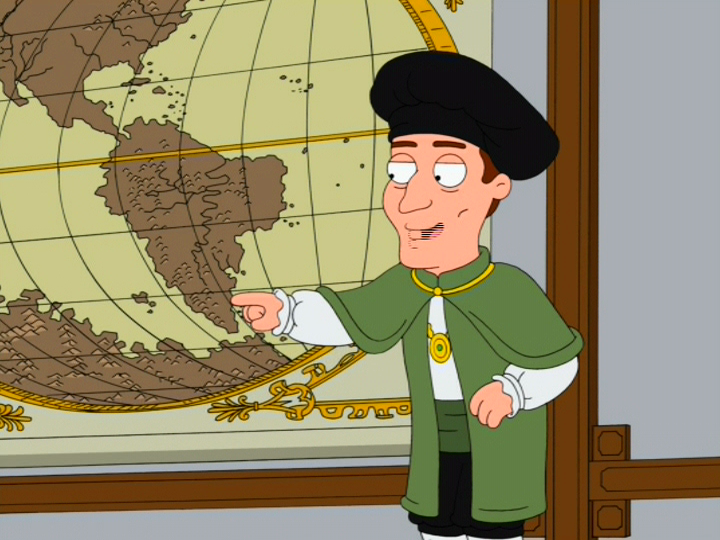 Amerigo Vespucci was a notoriously good self-promoter, with some of his writings receiving a lot of acclaim. Due to his notoriety, when German cartographer Martin Waldseemüler created the first map of the New World in 1507, a year after Columbus died, he named the entire area “America,” based on the feminine form of the Latin Americus. Consistent with the accounts of Columbus and Las Casas, Vespucci remarked on the polyamory among the primitive tribes he encountered in a letter to someone he referred to as “your Magnificence.”

“They do not practice matrimony among them,” Vespucci wrote, “each man taking as many women as he likes, and when he is tired of a woman he repudiates her without either injury to himself or shame to the woman, for in this matter the woman has the same liberty as the man. They are not very jealous, but lascivious beyond measure, the women much more so than the men. I do not further refer to their contrivances for satisfying their inordinate desires, so that I may not offend against modesty.”

Yet he would later go into more detail in a letter to his old friend Lorenzo Pietro di Medici.

“As regards the people,” Vespucci writes, “we have found such a multitude in those countries that no one could enumerate them, as we read in the Apocalypse. They are people gentle and tractable, and all of both sexes go naked, not covering any part of their bodies, just as they came from their mothers’ wombs, and so they go until their deaths.” He goes on to describe the way that the men decorate themselves with borings and gems before continuing to describe the matriarchal supremacy. “Another custom among them is sufficiently shameful, and beyond all human credibility. Their women, being very libidinous, make the penis of their husbands swell to such a size as to appear deformed; and this is accomplished by a certain artifice, being the bite of some poisonous animal, and by reason of this many lose their virile organ and remain eunuchs… The women, as I have said, go naked, and are very libidinous, yet their bodies are comely; but they are as wild as can be imagined.”

Although Vespucci also remarked on the egalitarian nature of their tribes, he also described them as largely cannibalistic. “They have no cloth, either of wool, flax, or cotton,” Vespucci continues, “because they have no need of it; nor have they any private property, everything being in common. They live amongst themselves without a king or ruler, each man being his own master, and having as many wives as they please. The children cohabit with the mothers, the brothers with the sisters, the male cousins with the female, and each one with the first he meets. They have no temples and no laws, nor are they idolaters. What more can I say! They live according to nature, and are more inclined to be Epicurean than Stoic. They have no commerce among each other, and they wage war without art or order. The old men make the youths do what they please, and incite them to fights, in which they mutually kill with great cruelty. They slaughter those who are captured, and the victors eat the vanquished; for human flesh is an ordinary article of food among them.”

Despite their culinary choices, whereby Vespucci said that the natives regularly hung up human meat as Europeans would at a butchery, he stated that the natives lived to be 150 years old, were rarely sick, and were quite capable of using herbs to cure the occasional disease. Despite their popularity, and the fact that he had two continents named after him, many historians have come to believe that at least some of Vespucci’s letters were fakes, and that he may have fabricated many of his accounts. Nevertheless, Vespucci’s celebrity status, and the notoriety around the profits to be had in gold and slaves continued to spur on more expeditions to the New World.

In 1519, Hernando Cortés began a 2-year reign of terror throughout Mexico, killing the Aztecs in order to score as much gold as possible. In 1532, his cousin Francisco Pizarro followed his lead to bring an end to the 300 year old Incan empire with only 168 soldiers. In both cases, the conquistadors were mistaken as gods by the natives and welcomed with open arms before they proceeded to mercilessly butcher as many people as possible.

To start the ball rolling, Pizarro went so far as to abduct Atahuallpa, the 13th and last emperor of the Incas, and held him for a ransom of gold before executing him by strangulation, what Pizarro considered a mercy killing after forcing the emperor to accept Christianity in lieu of being murdered in a more painful way. As Jarod Diamond pointed out in Guns, Germs, and Steel, Cortes and Pizarro took advantage of every one of Europe’s destructive technologies in order to conquer the natives and get their gold.  Although many were killed because they were unable to defend themselves against the armored conquistadors as they attacked on horseback with guns and swords, a majority of the Incan and Aztec populations were killed by diseases such as smallpox that the Spaniards introduced to the New World. The disease-laden blankets the Spaniards offered for warmth became the most savage weapon they could have used.

Of course, not all Spaniards were so savage. Ponce de Leon, who may actually be the first European to set foot on North American soil (unless you count Leif Erikson’s settlement in Canada 500 years earlier) was noted for his non-violence. Yet, though he was mythically considered to be in search of the fountain of youth, the impetus behind his exploration of Florida was the same old fortune and glory that each of the other explorers were interested in. Fortune was power, and it came in the form of gold, land, and slaves.