In 2001, I left Sarasota to travel the country and write the book that would become known at The Rucksack Letters. The following is a passage from the Preface to give you an inclination as to why I felt compelled to make such a journey. 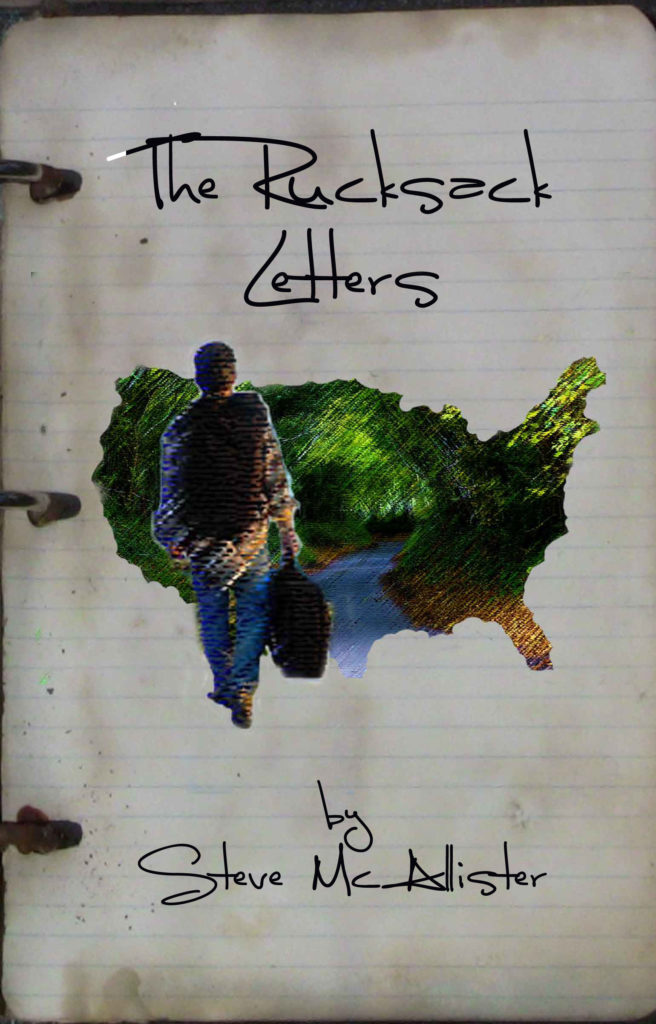 This book began a few years before it was actually lived and written. After college, I wandered from job to job for awhile before my friend Matt Corbin invited me on a surefire Alaskan fishing expedition that would wipe out all of the financial debts that had accrued during our reckless youth and early adulthood. The five month journey found the worst fishing season in eighteen years, a substantial break with my religious tradition, and an all-consuming infatuation with wanderlust.

A few years later, shortly after I scoffed at Matt’s newfound diagnosis of Attention Deficit Disorder, I met with him to discuss its implications. My job jumping had only intensified, and I found myself at the end of my proverbial rope. Of the twenty diagnostic criteria, seventeen of them succinctly defined my standard operating procedure. Researching it more and finding a therapist to make the official diagnosis, I decided to make a documentary on the subject of ADD. After filming ten hours’ worth of material, my appetite for creative stimulation was still nowhere near satiated. And so, I decided to use the malady to my advantage and took to the road to write the book that you hold in your hands.

While it was largely my goal to simply travel for the sake of travel, I was also imbued with a yen to explore the deeper meanings of spirituality, society, community, and the American Dream. Before I left on my sojourn, I contacted a number of intentional communities from monasteries to hippie communes to at least give me a rough outline of what the journey would entail. And though the road often curved more than I imagined it would, every corner brought me new insights and a greater understanding of life on this rolling clump of dirt I call home.

All these years later, I’m still struggling with this way of thinking that people call ADD. I not only struggle with thinking differently than my society often needs me to in order to fit into the industrial mindset we’ve adopted, but struggled with the concept that my supposed disorder is more unhealthy than the disorder that is the industrial mindset. Among the “information” that has been disseminated on the Internet since, some have proffered that the entire concept of ADD was a ruse developed in order to sell more pharmaceuticals, and that is indeed a possibility, given our society’s penchant to do anything and everything for money.

Nevertheless, at the time, I felt that the traits offered through the ADD mindset, all of the criteria that led to the diagnosis, had certain strengths that allowed me to do things that other people weren’t capable of doing, like hitchhiking across the country and writing a book about it. And I’m still building on those strengths to create a very unique life that only I can live.

Order your copy of The Rucksack Letters today or keep coming back as I release it through this site.